Mike and Marg Harrison caught this moth in their Bromham garden on 3rd April 2014. We have now seen the moth and confirmed that it is the first Bedfordshire record of Balsam Carpet Xanthorhoe biriviata. It is completely unexpected in the county as though the foodplant (Orange Balsam Impatiens capensis) is present along the River Ouse in the area, the nearest colony of the moth is probably on the Hertfordshire/Middlesex border near Watford where it is present along the river Colne. The moth flies in the afternoon and evening as well as night and can be netted around it's foodplant. It is double brooded with adults flying from late April to June and again from July to September.
Photo by Melissa Banthorpe 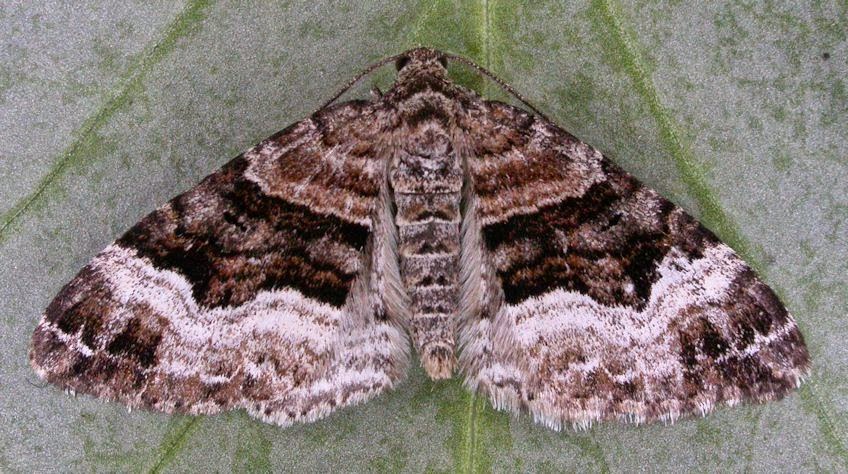 Posted by Andy Banthorpe at 22:09 No comments: