Scarce Chasers at Roxton and Wyboston Spent a couple of hours at Wyboston last Monday (June 4th). Lots of Scarce Chasers present. I heard that Steve Cham had sixty in this area a few days earlier. I wasn't counting, but must have seen at least twenty, probably over twentyfive, including a couple of pairs in cop like these two, and four or five females. 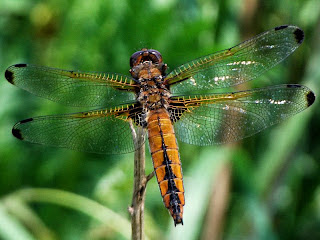 For me, the females of this species are much smarter than the males, with their bright orange abdomens with inverted black triangles up the centre. This one perched right in front of me, but most I saw were in flight. 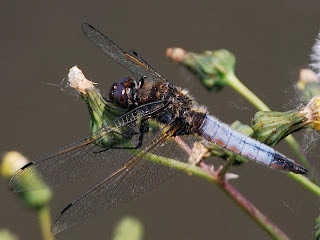 This male was probably the nearest I got; think this is reduced to 30% of original resolution. 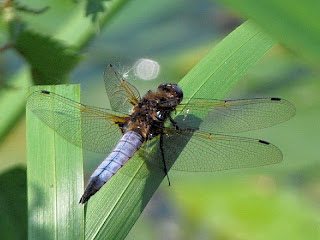 I then decided that there was a better chance of Hairy Dragonfly at Wyboston. Though I did see one, it was flying continuously and impossible to photograph, but these last two males were two of at least four I saw there, along with two females. My first Scarce Chaser was a female here, the year after Steve Cham first found them a little further north, but we checked this site many times afterwards through the early noughties without a sniff. I saw the ones this time immediately on arrival. 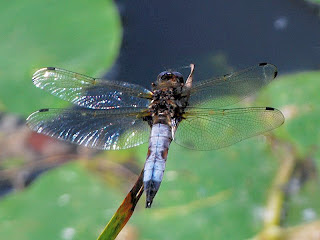