When a female Oak Eggar laid 7 eggs in our garden moth trap on 5th August 2007 we tried to breed them through to adult. Four larvae survived to pupate in early January 2008 (we took them indoors to breed straight through rather than try and restart feeding in the spring).

A male and female emerged in late June 2009 but this stunning female was still drying her wings when we came in this afternoon. Overall photo by Andy Banthorpe and arty shots by Melissa. 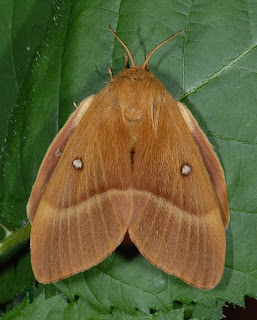 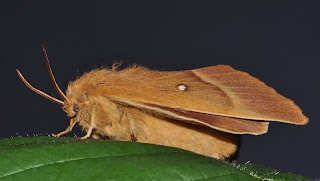 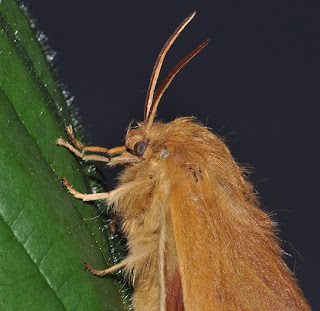